End The War On Drugs

No ifs or buts - we need to end the drug war now. Many drugs need to be completely unscheduled, and the DEA needs to be disbanded. The drug war has been a complete failure, that has destroyed more lives than the drugs it claims to protect us from. We already know from real-world examples that a quick end to the drug war will be good for everyone.

It's not enough to just legalize or decriminalize cannabis. The war on drugs has created so much damage to the lives of peaceful people, and they deserve to have their lives restored. Anyone incarcerated with non-violent drug charges should be pardoned and released, and anyone with a non-violent criminal record for the same should have their records expunged.

People typically associate the war on drugs with illegal substances, but it goes further than that. Prescription pain killers are so heavily regulated that many doctors will refuse to prescribe more, even though it may be safe and necessary, because they are afraid of being charged with over prescription. There is no limit so it's totally subjective, and doctors who have been acquitted of all charges have have had their entire businesses destroyed. Instead, 30,000 patients per year who can't get the medication they need will turn to over the counter painkillers, at such high doses that they will overdose and die.

No study has ever shown cannabis to cause any brain damage But some studies have shown benefits to your brain. Federal legalization is absolutely necessary to allow medical researchers to fully unlock the potential of cannabis. 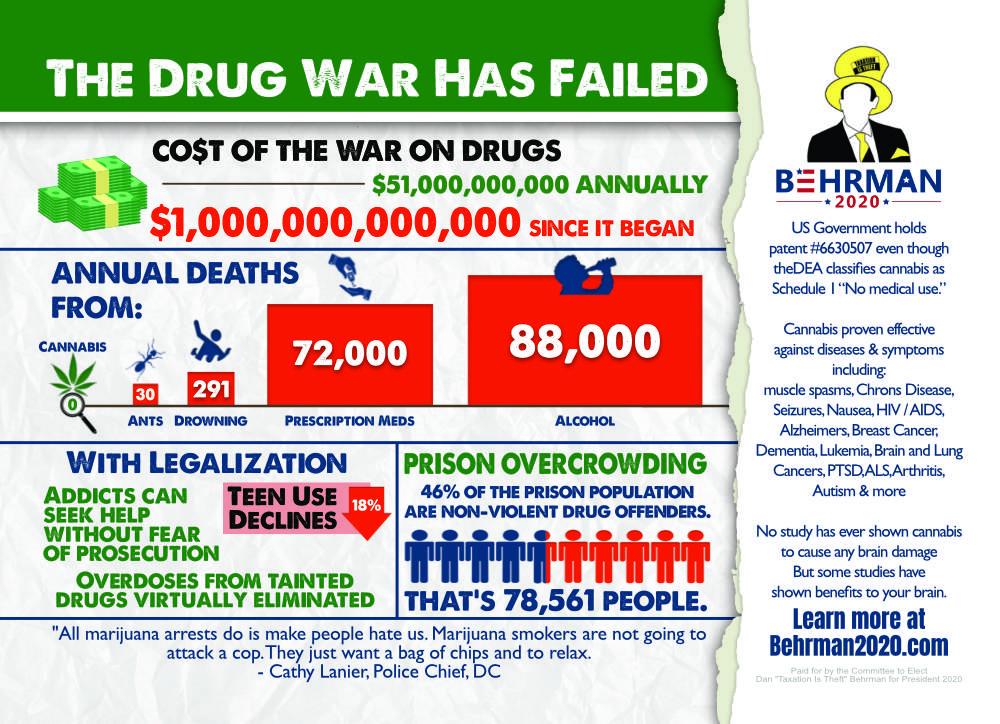